April was a relatively quiet month. The Fed reiterated its commitment to continue bond purchases and hold rates steady for “some time” until “substantial further progress” is evidenced in the economic data. President Biden released additional details on his $2 trillion infrastructure spending plan and made a strong push in his speech to Congress last week, focusing on maintaining U.S. competitiveness in the global economy and jobs.

During his April speech before a joint session of Congress, President Biden proposed raising the maximum capital gains tax rate from 20% to 39.6%. While it is likely that any hike will be less than proposed, some form of increase is likely to be implemented for fiscal year 2022. This month, we look at historical changes to the capital gains tax rate and its impact on equity market returns. 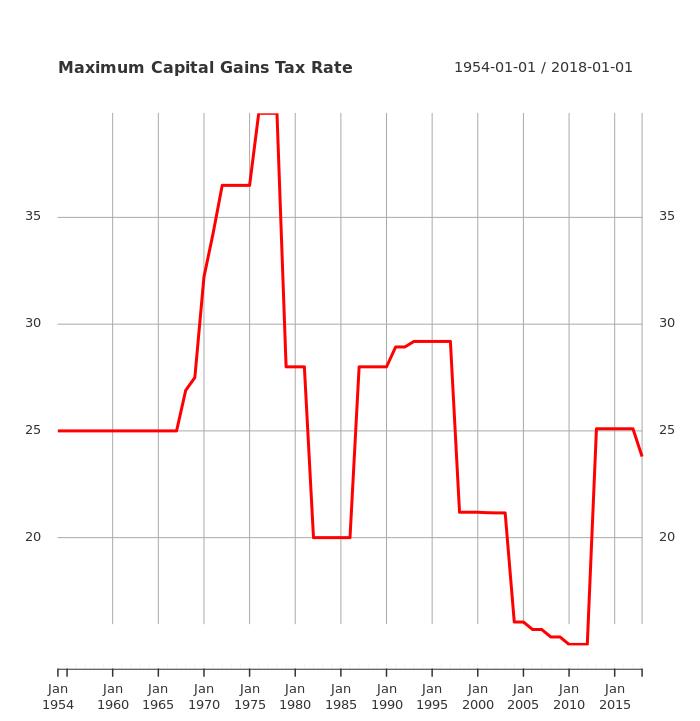 The data is limited. Capital gains tax increased in only 10 out of 65 years, with an average hike of 3.4 percent and a median hike of 2.14 percent. On average, returns are in the last three months of the year are lower than the entire sample by about -0.30%, though absolute returns remain positive.

Drilling down into only those years where the capital gains increase is greater than the median hike (HIKE>>), the overall impact is consistent with what one might expect. Q4 returns in years where maximum capital gains tax is set to rise show lower returns, with the bulk of the underperformance occurring in the last two months of the year.

If the maximum capital gains tax rate is indeed set to rise in 2022, the evidence suggests that Q4 returns could be 1.0-1.8% below the long run Q4 average, but the evidence is not statistically significant. If history is any guide, the data suggests that the bulk of the rebalancing would occur in November and to a lesser extent, December of this year.