The rise of the delta variant certainly weighed on the minds of Fed officials last month. At the Jackson Hole Symposium, Fed Chair Powell noted the near-term risks posed by Delta in what was considered a dovish speech that suggested that he is in no rush to taper. Expectations remain that Fed taper will be announced formally in November or December of this year, assuming that the variant begins to fade in coming months.

With a potential taper by the Fed on the horizon, this month we look at the relationship between the Fed balance sheet and S&P 500 market returns. According to the theory of money neutrality, an increase in money supply in the long run has no impact on real variables, including the demand for and output of corporate goods/services. As such, it is reasonable to believe that firm enterprise value should increase with the money supply. In the short run, an increase in money supply lowers interest rates and spurs demand for consumption and investment, both of which are also constructive for equity markets. 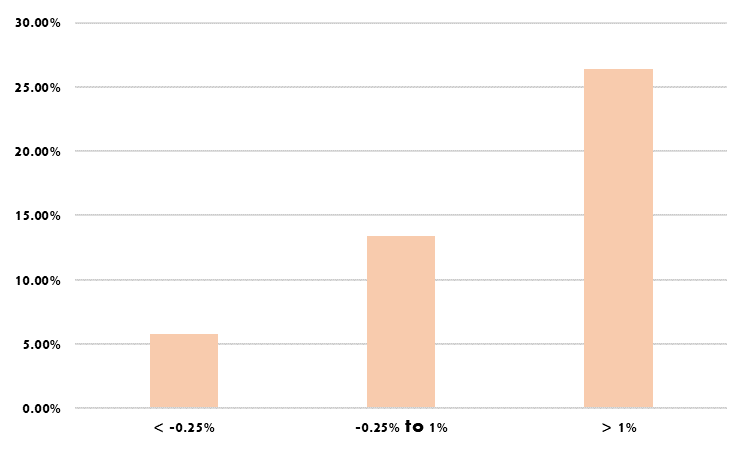 The data comes out as one might expect. Where the Fed balance sheet exhibits rapid growth during active quantitative easing (>1% every four weeks), the average annualized return is a brisk +26.37% and the Sharpe ratio (risk-reward ratio) is a robust 1.29 units of gain for each 1 unit of risk. On the flip side, where the Fed balance sheet is shrinking at a pace of -0.25% or more, average annualized returns decline to 5.78% with no commensurate decline in market volatility. The balance of risk-reward declines to 0.38 units of profit for each 1 unit of risk. In between, equity market returns are consistent with long-run averages.

With the Fed expected to commence the tapering of purchases later this year, our analysis suggests that we can expect equity market returns to downshift from its current pace of 21.58% (as of end of August) to around +13-14% by mid- to late- 2022 where the Fed is expected complete the tapering process. In the intervening period, expect the pace of purchases and equity returns to gradually decline from its current rapid pace.

For reference, below we provide the results of the New York Fed’s survey of primary dealers for current expectations of the pace and timing of taper. As of July, it appears primary dealers largely expected a taper beginning in or around December or January. Updated results can be found here for September on 9/13.