The speed and magnitude with which fiscal stimulus was implemented in response to the COVID-19 pandemic was unprecedented. As shown in the chart below, Q1 2020 saw the year-over-year change in fiscal outlays increase 160% from the year prior (an 8 standard deviation increase) boosted by a $2.2 trillion stimulus package. Q4 2020 (not included in the chart) saw an additional $900 billion stimulus, followed by an additional $1.9 trillion passed into law last month. Attention now turns toward President Biden’s $2 trillion infrastructure and jobs plan and how that wave of spending may impact financial markets when it hits. 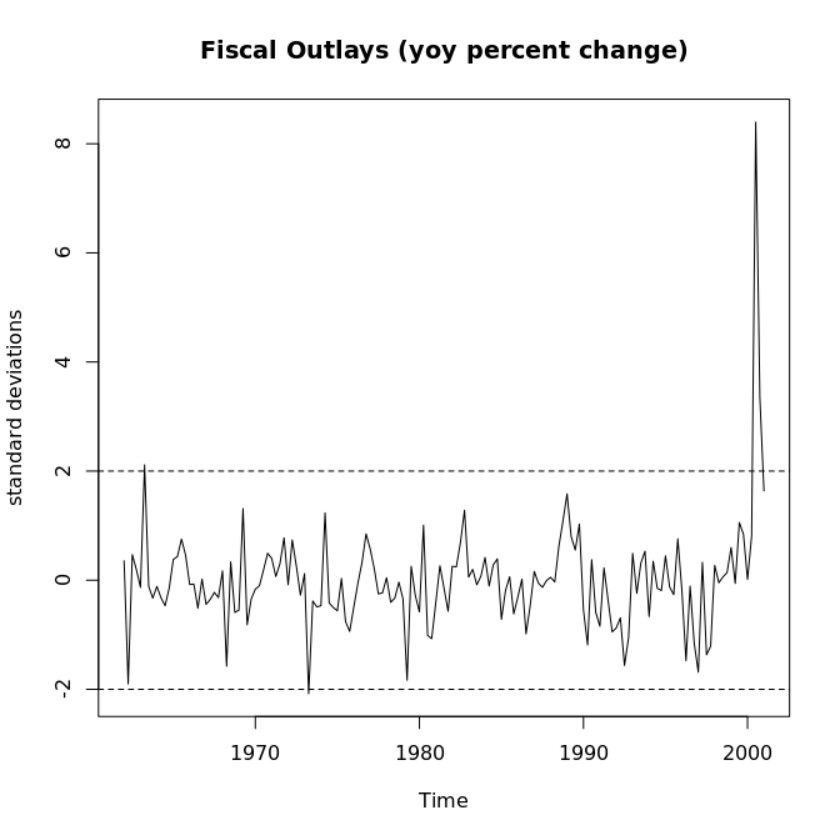 In the field of economics, there is disagreement on the long-run impact of fiscal policy as a tool to support the economy. The Keynesian view argues that fiscal policy in times of economic downturn serve to prop up aggregate spending and thus help to buffer the economy. Automatic stabilizers like unemployment benefits first arose from the prevalence of this view during the Great Depression. The Ricardian view, to the contrary, argues that rational consumers reduce consumption and increase savings in anticipation of higher taxes, thereby offsetting any gains in the aggregate. New classical economists have a similarly pessimistic view on the effectiveness of fiscal policy, but argue instead that fiscal policy lacks efficacy due to “crowding out” effects, whereby increased deficits raise the cost of capital and reduce private sector investment.

Empirical evidence suggests that there is merit to all three perspectives. Private savings and activity do decline in response to an increase in fiscal spending and federal deficits, but not on a one-for-one basis. Moreover, the prevailing level of interest rates and the extent to which central banks increase money supply affects the magnitude of the crowding out effect. Lastly, the form of fiscal spending is relevant. Where stimulus goes to unemployed and/or low-income families with a high propensity to spend, the pass-through of fiscal stimulus is high. Where fiscal stimulus comes in the form of lower tax rates to high income households or corporations, the pass-through or “multiplier” is lower.

While much research has been focused on the impact of fiscal spending on the real economy, very little has been focused on its impact on financial markets. A seminal paper on this topic by Chatziantoniou, Duffy, and Filis (2013) created a model that considered contemporaneous and lagged effects of major macro variables (including fiscal spending) on the Dow Jones Index. They found that while the direct impact of fiscal spending on stock returns was actually negative, indirect effects (through an increase in money supply by an often accommodative Fed) were positive. 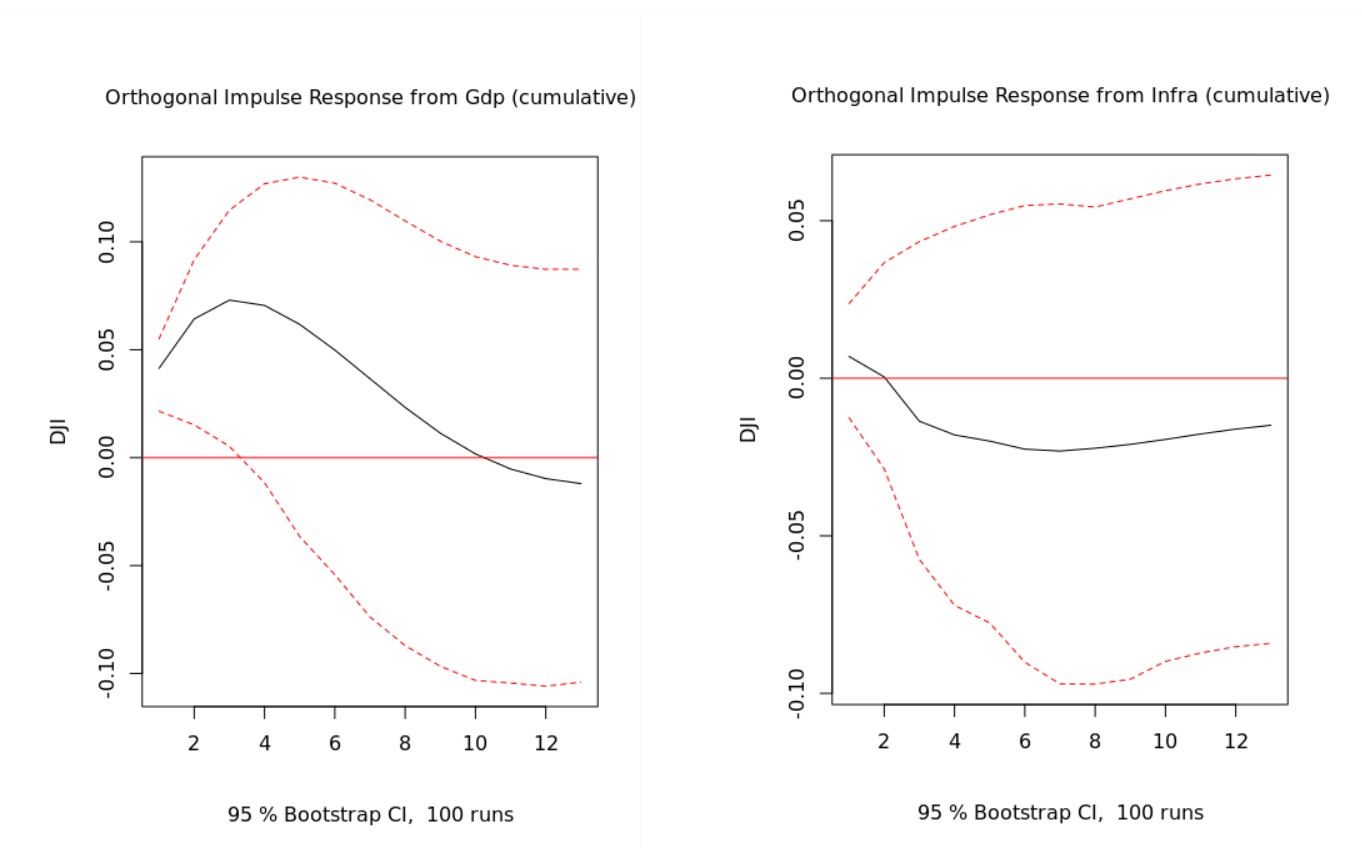 The plots above shows the cumulative impulse-response functions of a one-standard deviation move in GDP (left) and total public infrastructure spending (right) on the Dow Jones Index over 12 quarters. The side-by-side comparison is illustrative. A positive shock in GDP elicits a positive response to the Dow Jones Index over the short term, which ultimately fades over time. In contrast, infrastructure (right) shows a muted response with a high degree of uncertainty (red bands) around the baseline response (black line).

Because (i) the impact of public construction spending on equity markets is both muted and uncertain, (ii) infrastructure projects take months, if not years to complete, and (iii) the current bill is expected to be watered down over the course of negotiations, we do not expect a large boost from President Biden’s infrastructure bill on U.S. equity markets. While it may benefit specific sectors (e.g. $174 billion to develop the EV market) and create jobs on the margin, we expect higher corporate tax rates to lead to a net minor decline to forward equity returns based on our analysis. Tsunami watchers in the financial markets will be disappointed.